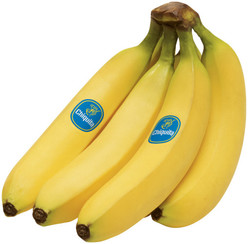 CHARLOTTE, North Carolina US banana firm Chiquita, the leading distributor of bananas in the United States, has rejected a takeover bid by Brazil's Cutrale and Safra groups, saying it will stick to a previously announced plan to merge with European fruit seller Fyffes.

The fruit juice giant Cutrale and the investment bank Safra made the USD $611-million takeover offer on Monday, but Chiquita announced late last week that it was "inadequate" and was not interested in holding talks with the two groups.

Chiquita and the Irish fruit group Fyffes agreed to merge in March, a plan that will create the world's largest banana distributing group, with USD $4.6-billion in annual revenue. The deal will also enable Chiquita to relocate its headquarters to Ireland, thereby avoiding certain US taxes in a tax inversion scheme.

Chiquita's current headquarters are located in Charlotte, North Carolina. It was founded in 1899 as the United Fruit Company importing tropical fruits, primarily bananas, grown on plantations in Central and South America.

The firm underwent number of merges and re-brandings throughout the 19th and 20th centuries until emerging as Chiquita Brands International in 1984 under the leadership of Carl Linder, Jr.

Major fruit groups such as Chiquita and its primary rival Dole Food Company, have been accused in the past of exercising neocolonialism in the countries from which they source their fruits. Companies like Chiquita, during the 19th and 20th centuries, gave rise to the term banana republic, as their export-driven economic model made small Central and South American countries reliant on their business.