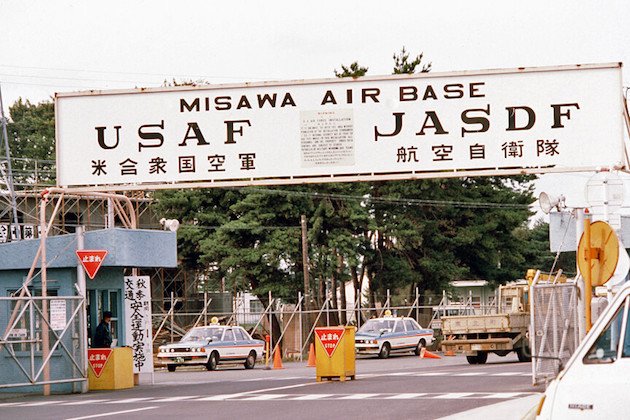 LITTLE ROCK, Arkansas - A Colorado man has been sentenced to prison in connection with an attack on three U.S. Air Force airmen and resisting military police who attempted to restrain him.

Rodrigo Pineda Gomez, 44, of Colorado Springs, Colorado, was sentenced to 30 months in prison followed by one year of supervised release by U.S. District Judge James Moody Jr., on Wednesday.

The sentence follows an April 2019 jury conviction, finding Gomez guilty of various charges stemming from the assault, including one count of attempted voluntary manslaughter, one count of assault with a dangerous weapon, three counts of assault by striking, beating, or wounding, one count of resisting a federal officer and one count of making a false statement to law enforcement.

According to the superseding indictment and evidence presented at trial, on New Year's Eve, Dec. 31, 2016, on Misawa Air Base in Japan, Rodrigo Gomez, a former jiujitsu instructor, and his son, Miguel Gomez, 21, assaulted three U.S. Air Force airmen.

During the assault, Rodrigo Gomez attempted to kill one of the airmen by attempting to snap his neck and stomping on his head repeatedly while he was on the ground. He subsequently resisted arrest after law enforcement arrived, and then later made a false statement about the incident.

Co-defendant Miguel Gomez also assaulted one of the airmen.

At the time of the assault, Rodrigo Gomez was the husband of a U.S. Air Foce officer assigned to the base. His last known U.S. address at the time of indictment was Jacksonville, Arkansas.

The investigation was conducted by the U.S. Air Force Office of Special Investigations. Trial Attorney Frank Rangoussis of the Criminal Division's Human Rights and Special Prosecutions Section and Assistant U.S. Attorney Stacy Williams of the Eastern District of Arkansas prosecuted the case.

Senate approves impeachment rules after being rebuked by chief justice

SYDNEY, Australia - Stocks in Asia fell sharply on Thursday as the death toll from the Wuhan coronavirus rose to ...

NEW DELHI, India: At least five flights were diverted from the Delhi Airport due to bad weather on Wednesday morning."Five ...