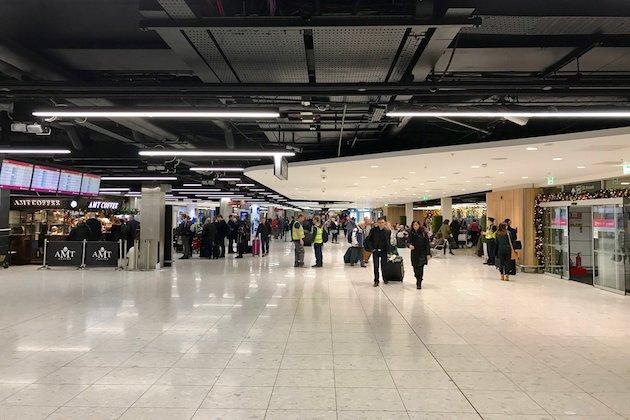 DUBLIN, Ireland - 'Returning to Ireland', a new online information portal for Irish emigrants seeking to move back to Ireland was launched on Thursday.

Created by the Citizens Information Board with support from the Irish Department of Foreign Affairs and Trade, the new resource sets out the practicalities involved in returning to Ireland. It is a key component of the government's commitment to those that have left Ireland and want to return home.

Surprisingly there are more Irish people now returning home, than leaving. According to population and migration estimates from the Central Statistics Office, 28,400 Irish nationals returned home to live in Ireland in the year to April 2018, with more Irish people returning than emigrating for the first time since 2009.

I am keenly aware that returning to Ireland from abroad can be a challenging experience. This is why the Government is committed to making this process as smooth as possible by ensuring that, as a first step, people thinking about making the move have access to comprehensive, detailed and accurate information.

The Citizens Information Board has already consolidated its position as the go-to resource for information about public services in Ireland. This new content, specially catered for returning emigrants, is exceptionally detailed and will no doubt be an invaluable resource for Irish emigrants moving back home.

Citizens Information Board is delighted to be part of this joint initiative with the Department of Foreign Affairs and Trade to create this important online resource for emigrants returning to Ireland. Last year citizensinformation.ie recorded more than 13 million users and 47 million page views. This new Returning to Ireland category will be a very useful resource for all Irish citizens living abroad and thinking about coming home, whatever their stage in life.

We hope that this information on returning to Ireland, in addition to the existing 1,200 webpages already available, helps our Irish citizens abroad navigate their way back home.

'Returning to Ireland' provides practical information on Irish public services aimed specifically at people returning home to live. It covers topics such as how the Irish taxation system works, how to get an Irish driving licence or how to get a passport for a child born abroad.

The Returning to Ireland content is available online here.

Minister of State for the Diaspora and International Development Ciaran Cannon chairs the government's Interdepartmental Committee on the Irish Abroad, which handles responses to issues affecting Irish people overseas. In recent meetings the Committee has focused its work on addressing challenges faced by returning Irish emigrants.

The decision by the Department of Foreign Affairs and Trade to support the creation of an online information service for returning Irish emigrants stems from a key recommendation from the 'Indecon Economic Report on Addressing Challenges Faced by Returning Irish Emigrants', a study commissioned by the department and published in February last year, which recommended the creation of a dedicated best in class online information service focused on returning emigrants.

The Citizens Information Board supports the provision of information, advice, advocacy as well as money advice and budgeting services on a wide range of public and social services. These services are delivered in three separate ways online, phone and in person. Its key information website, , provides public service information for Ireland.

TEL AVIV, Israel - The Jewish state is coming under pressure over the growing humanitarian crisis in Gaza, which is ...

Trump companies to be included in Covid-19 bailout package

WASHINGTON, DC - As part of the $2.2 trillion stimulus bill signed into law after it passed the House of ...

In an extraordinary statement titled "On the Political Impasse in Afghanistan," Washington has admitted to the failure of Secretary of ...

Dozens of sailors on board USS Teddy Roosevelt have Covid-19

BEIJING, China - Despite the lockdown in Wuhan scheduled to end on 8 April, China on Friday imposed a ban ...

LONDON, UK - British Prime Minister Boris Johnson has contracted the novel coronavirus, according to a tweet he posted on ...

KANPUR, Uttar Pradesh, India - Several truck drivers, many with goods loaded on their vehicles, have been stuck in Uttar ...

NEW YORK, New York - U.S. stocks were sold off sharply on Friday, despite the House of Represnetatives passing a ...

The coronavirus crisis has turned the fact that we don't make anything in America anymore from a topic for philosophical ...

SYDNEY, Australia - Shares were decidedly mixed across Asia on Friday. In Japan they soared in value. In Australia they ...

BRUSSELS, Belgium - The European Parliament on Thursday evening passed a $40 billion emergency package to help countries and their ...

Greenback loses lustre as stocks roar back into favour

NEW YORK, New York - The U.,S. dollar was continuing its recent correction on Friday, losing ground to the major ...