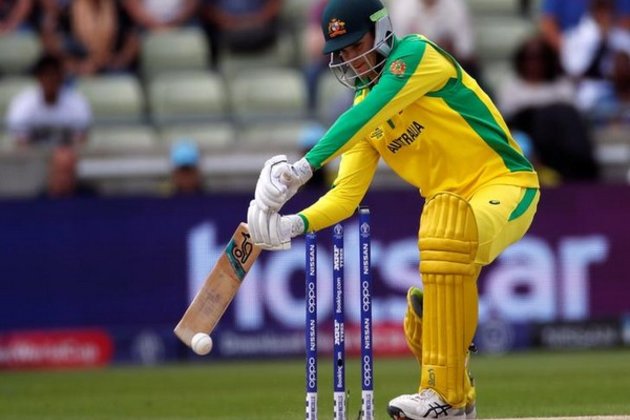 Handscomb has also accepted the invitation to captain Middlesex in first-class and List-A cricket during the 2020 and 2021 seasons.

Hanscomb has made 40 appearances for Australia in all the three forms of the game. He is the current captain of Victoria, who he has led to three domestic cricket titles.

The 28-year-old has had three previous stints playing county cricket in England - for Gloucestershire in 2015, Yorkshire in 2017 and Durham in 2019 - and is expected to be available for the entire season.

"We are delighted and excited to have an all-round cricketer of Peter's stature at the club. I have known Peter for some time and worked with him at the National Cricket Centre in Brisbane seven or eight years ago, so I know what a top bloke he is," Stuart Law, Middlesex Cricket's Head Coach said in an official statement.

"Peter is a fine player and he will fill a couple of the gaps that have been created. He is a successful captain, a fine middle-order player and the sort of character who will help create a strong positive environment that will keep moving the club forward. He has been brought up in a tough environment and his background will help with the continued development of our young cricketers," he added.

The club finished eighth in Division Two last season and were eliminated in the quarter-finals of both the Vitality Blast and the Royal London Cup. (ANI)

MINNEAPOLIS, Minnesota - A white police officer in the U.S. city of Minneapolis seen kneeling on the neck of a ...

Africa, then Asia to be invaded by locusts, says United Nations

NAIROBI, Kenya, May 29 (Xinhua) -- The Horn of Africa region will experience another swarm of locust invasion in June ...

Russia's most prominent conman left wave of death and deception

This is the story of how the mastermind behind MMM, Russia's biggest financial pyramid scheme, managed to get elected to ...

BEIJING, China May 29 (Xinhua) - A spokesperson for China's Ministry of National Defense on Friday criticized a report recently ...

TEHRAN (Tasnim) - The Atomic Energy Organization of Iran (AEOI) dismissed as "a futile attempt" the U.S.' new decision to ...

HANGZHOU, May 29 (Xinhua) -- AliExpress, a global online retail marketplace and part of Alibaba Group, announced on Thursday that ...

SYDNEY, NSW, Australia - Stocks in Asia skidded on Friday, and the U.S. dollar dived, as the relationship between the ...

PHENOM PENH, Cambodia - Scientists and environmentalists are urging an international moratorium on deep-sea mining after releasing a report indicating ...