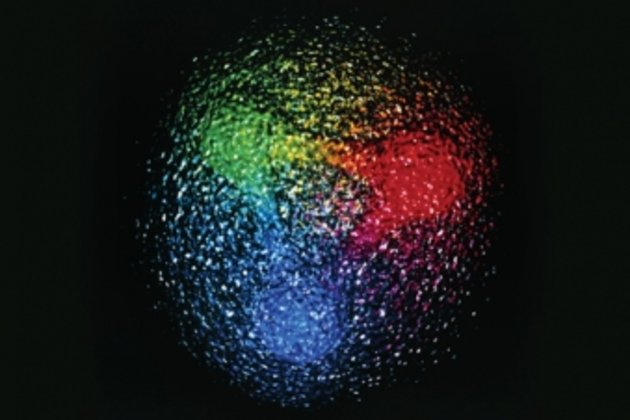 PanARMENIAN.Net - Using the first new method in half a century for measuring the size of the proton via electron scattering, the PRad collaboration has produced a new value for the proton's radius in an experiment conducted at the Department of Energy's Thomas Jefferson National Accelerator Facility.

The result, recently published in the journal Nature, is one of the most precise measured from electron-scattering experiments. The new value for the proton radius that was obtained is 0.831 fm, which is smaller than the previous electron-scattering value of 0.88 fm and is in agreement with recent muonic atomic spectroscopy results.

'We are happy that years of hard work of our collaboration is coming to an end with a good result that will help critically toward solution of the so-called proton radius puzzle,' says Ashot Gasparian, a professor at North Carolina A&T State University and the experiment's spokesperson.

Gasparian is an Armenian physicist who got his PhD from the Yerevan Physics Institute in Armenia.

All visible matter in the universe is built on a cloud of three quarks bound together with strong force energy. The ubiquitous proton, which sits at the heart of every atom, has been the subject of numerous studies and experiments aimed at revealing its secrets. Yet, an unexpected result from an experiment to measure the size of this cloud, in terms of its root-mean-square charge radius, has united atomic and nuclear physicists in a flurry of activity to re-examine this basic quantity of the proton.

Prior to 2010, the most precise measurements of the proton's radius came from two different experimental methods. In electron-scattering experiments, electrons are shot at the protons, and the proton's charge radius is determined by the change in path of the electrons after they bounce off, or scatter from, the proton. In atomic spectroscopy measurements, the transitions between energy levels by electrons are observed (in the form of photons that are given off by the electrons) as they orbit a small nucleus. Nuclei that have typically been observed include hydrogen (with one proton) or deuterium (with a proton and a neutron). These two different methods yielded a radius of about 0.88 femtometers.

In 2010, atomic physicists announced results from a new method. They measured the transition between energy levels of electrons in orbit around lab-made hydrogen atoms that replaced an orbiting electron with a muon, which orbits much closer to the proton and is more sensitive to the proton's charge radius. This result yielded a value that was 4% smaller than before, at about 0.84 femtometers.

In 2012, a collaboration of scientists led by Gasparian came together at Jefferson Lab to revamp electron-scattering methods in hopes of producing a novel and more precise measurement of the proton's charge radius. The PRad experiment was given priority scheduling as one of the first experiments to take data and complete its run following an upgrade of the Continuous Electron Beam Accelerator Facility, a DOE User Facility for nuclear physics research. The experiment took electron-scattering data in Jefferson Lab's Experimental Hall B in 2016.

MINNEAPOLIS, Minnesota - A white police officer in the U.S. city of Minneapolis seen kneeling on the neck of a ...

Africa, then Asia to be invaded by locusts, says United Nations

NAIROBI, Kenya, May 29 (Xinhua) -- The Horn of Africa region will experience another swarm of locust invasion in June ...

Russia's most prominent conman left wave of death and deception

This is the story of how the mastermind behind MMM, Russia's biggest financial pyramid scheme, managed to get elected to ...

BEIJING, China May 29 (Xinhua) - A spokesperson for China's Ministry of National Defense on Friday criticized a report recently ...

TEHRAN (Tasnim) - The Atomic Energy Organization of Iran (AEOI) dismissed as "a futile attempt" the U.S.' new decision to ...

HANGZHOU, May 29 (Xinhua) -- AliExpress, a global online retail marketplace and part of Alibaba Group, announced on Thursday that ...

SYDNEY, NSW, Australia - Stocks in Asia skidded on Friday, and the U.S. dollar dived, as the relationship between the ...

PHENOM PENH, Cambodia - Scientists and environmentalists are urging an international moratorium on deep-sea mining after releasing a report indicating ...