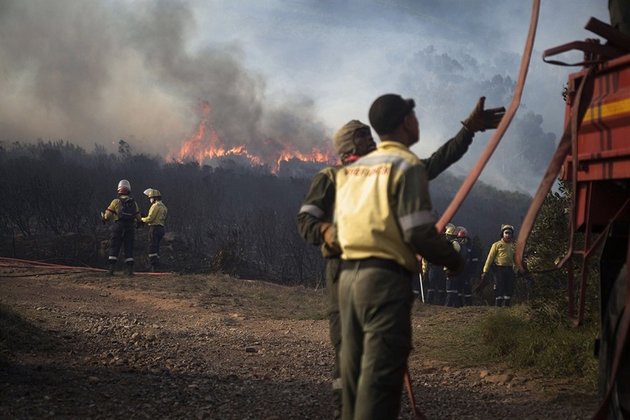 However, they are closely monitoring the situation.

City of Cape Town Fire and Rescue Incident Commander Arlene Wehr said: "We are monitoring it because there are possibilities of flare-ups. It does not mean the fire is done."

READ | Cape Town fires: Here's where and what to donate

Disaster Risk management spokesperson Charlotte Powell said: "There was a coordinated effort to evacuate areas, due to smoky conditions. An assessment was conducted at the Zonnebloem area and a decision was made to evacuate residents."

A 35-year-old man was arrested on Sunday night near Devil's Peak, and is expected to face charges of arson.

Mayoral Committee Member for Safety and Security JP Smith said it's unclear whether the man is linked to the fire which saw parts of the University of Cape Town go up in flames on Sunday.

"It's unclear if he's linked or not. Residents alerted us to a fire being started and he admitted his role in starting a fire. We are calling on the public to please come forward with any information," said Smith.