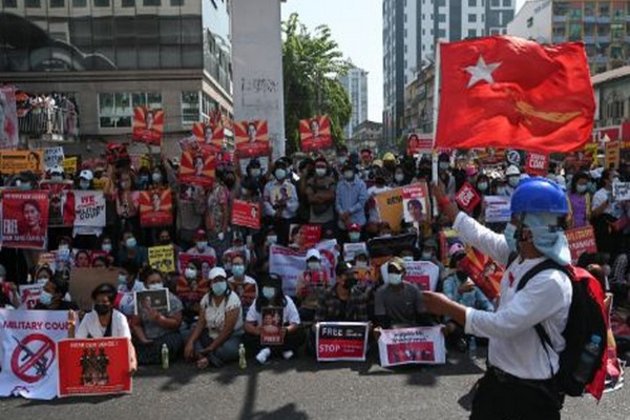 The National Unity Government was set up last month by elected legislators who were barred from taking their seats when the military seized power and detained civilian leaders including Aung San Suu Kyi. On Saturday night, the military's announcement on terrorist designation was aired on state-run TV.

The political turmoil which has entered its fourth month -- marked by pro-democracy protests and a brutal crackdown -- has reportedly claimed at least 750 lives and wounded countless more.

There are also concerns over the continuing impact of the crisis, with the UN Development Programme (UNDP) warning of an economic collapse, and the UN human rights chief cautioning that Myanmar could spiral into a "full-blown conflict".

On Friday, the UN independent human rights expert on Myanmar called on countries that have not yet done so, to impose an arms embargo on the country urgently, to stop the "massacre" of citizens across the country.

Tom Andrews, UN Special Rapporteur called for the need to stop the flow of weapons and so called dual-use weapons technology into the hands of forces under the command of the military junta.

"There is no time to lose ... I urge governments who support cutting the flow of weapons to a brutal military junta to consider immediately establishing their own arms embargo against Myanmar while simultaneously encouraging UN Security Council action." (ANI)