Red Bulls out for home success vs. scuffling Toronto FC 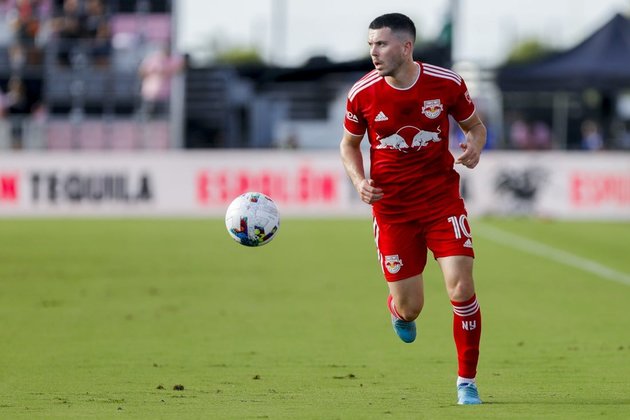 Home has not been kind to the New York Red Bulls this season, but the club still is in fourth place in the Eastern Conference going into a home game against Toronto FC on Saturday at Harrison, N.J.

The Red Bulls also rolled to a 4-1 win over Toronto FC on March 5 in Canada, but the team has not been in good form of late, with only one victory in their last six matches after a 2-0 loss at Charlotte last Saturday.

Against Toronto, however, New York is unbeaten in six straight matches with four wins and two ties. The only unbeaten run that was longer for New York was 10 straight (seven victories), also against Toronto FC from October 2009-September 2013.

The Red Bulls will be without forward Patryk Klimala after the league suspended him for serious foul play in an incident against Charlotte FC goalkeeper Kristijan Kahlina last weekend. Klimala is tied for second on the Red Bulls with four goals, while Lewis Morgan leads with six.

Toronto is winless in seven away games this season (0-4-3) and has not earned a win in 15 straight away games dating back to a 2-1 win at Chicago last July. It is the longest road winless streak in team history.

"The team has shown a strong mentality, resilience, in moments when we've had some games go against us for different reasons," Toronto FC head coach Bob Bradley said. "As we get into this next stretch, we want to see the whole thing come together a little bit more."

War for the Planet of the Apes