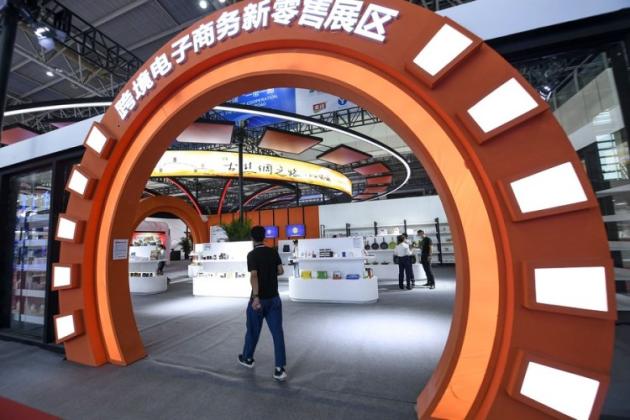 Every day, Yan Xinhua sees off dozens of containers to the port of Tianjin, some 1,200 km away, where the goods are directly shipped to overseas markets.

The goods are cleared by the customs authorities in Yinchuan, the capital of northwest China's Ningxia Hui Autonomous Region, and then loaded into containers entrusted to Yan's company by international shippers.

"I started this direct logistics service to export Ningxia products to overseas markets less than two years ago and now send 3,000 containers each year," said the 40-year-old chairman of a logistics company.

Located at the Yinchuan International Road and Rail Logistic Port on the outskirt of Yinchuan, Yan's company is benefitting from the export-oriented policy in recent years.

The export-oriented policy is greatly pushing forward overseas trade of Ningxia, which imported and exported 21.4 billion yuan (about 3 billion U.S. dollars) worth of goods from January to October this year, a 57.6 percent year-on-year increase, said official statistics.

According to statistics provided by Yinchuan Customs, among the exports, about 30 percent are those sold with bonded logistics and cross-border e-commerce.

"The bonded logistics system in Ningxia offers a 'one-stamp' clearance service with customs to send goods abroad through shipping and railway without any transit," said Yan.

The policy could help improve customs clearance efficiency, save half of the transport time and reduce 30 percent of transport costs, according to Yan.

"We receive orders online and send goods directly to customers from transit warehouses at home and abroad," said Yang Wanlong, general manager of the incubation base, which hires 30 staff workers and collaborates with 60 self-employed people all in their 20s.

Selling a great variety of China-made goods, enterprises in the city of Yinchuan have rented five warehouses totaling over 60,000 square meters in countries including the United States, Kazakhstan, and Singapore.

Their goods on sale range from furniture and auto parts to cosplay costumes, with the major markets in North and South America, Southeast Asia, the Middle East, and Europe.

In another way, the bonded zone in Yinchuan is also establishing duty-free shops for imported goods to tap the local market for foreign businesses.

"We are buying foreign goods 7 percent to 20 percent cheaper here with good quality," said a man who bought Lego toys for his son at a cross-border O2O shop in the bonded zone near Yinchuan airport.

US files antitrust case against Google over digital advertising

WASHINGTON D.C.: The US Justice Department has filed an antitrust complaint claiming that Google is abusing its dominance in digital ...

Public health experts have welcomed Mexico's ban on cigarette smoking in all public places, including hotels and beaches, after the ...

France military ordered out of Burkina Faso in west Africa

OUAGADOUGOU, Burkina Faso: As Burkina Faso, in western Africa, faces an Islamist insurgency, it is set to end a military ...

As births continue to fall, Japan seeks incentives for parents

TOKYO, Japan: Japanese Prime minister Fumio Kishida said this week that it was "now or never" for Japan, one of ...

US moving towards offering annual Covid vaccines to most Americans

WASHINGTON D.C.: As part of its efforts to simplify the national COVID-19 vaccine strategy, the US Food and Drug Administration ...

BENTONVILLE, Arkansas: To attract and retain employees in a tight domestic labor market, Walmart has announced that it it will ...

Artificial meat given first approval by US officials

NEW YORK CITY, New York: As early as this year, lab-grown meat could be served in some restaurants in the ...

As travel opens up, Thailand prepares for 5 million Chinese tourists

BANGKOK, Thailand: Following China's reopening and the end of its strict COVID-19 restrictions, businesses on Thailand's holiday island of Phuket ...