Bryson DeChambeau has adventure after thinking he missed cut 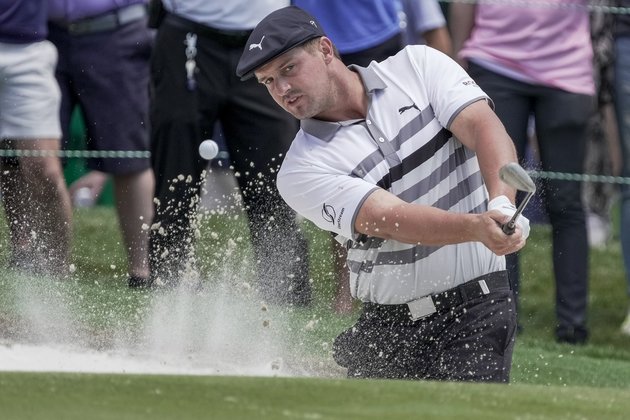 Bryson DeChambeau shot a third-round 68 on Saturday in the third round of the Wells Fargo Championship, but that's not the story he'll tell about this day years from now.

Instead, he'll talk about how he had to fly from Dallas back to Charlotte, N.C., to play the round at the Quail Hollow Golf Club. After shooting a 74 on Friday, and sure he wouldn't make the 36-hole cut at 2-over par, he boarded a private jet and flew home.

The cut line turned out to be 2-over, which he learned after he landed in Dallas. He had to hurry to make arrangements for his return to the Tar Heel State.

"We did a lot of scrambling last night to get back," DeChambeau, 27, said. "One of the scenarios was turning right back around, but the crew couldn't do it. So we had to get a new crew, and we were like, 'Well, let's just go in the morning.'

DeChambeau, the defending U.S. Open champ and ranked No. 5 in the world, had five birdies on the day, which ended with a double bogey on the par-4 No. 18.

"This morning was not easy," he said. "But for whatever reason, I just feel like the more weird things happen to me, the greater my resolve sometimes can be, and today was a case of that. And got a little unlucky on 18, but other than that, you know, I played a great round of golf today. I'm very pleased."