A Detailed Guide on How Cryptocurrency Mining Works 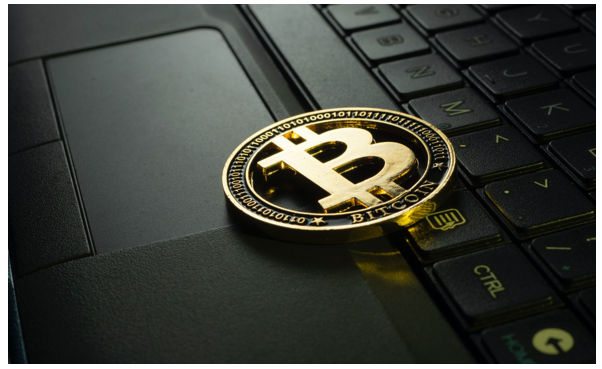 The topic of cryptocurrencies is now more relevant than ever and is gaining more and more momentum. So it is not surprising that most people have become interested in mining and continue to do so. At the peak of mining's popularity, there was just the strongest demand for graphics processors. However, despite this, it stopped quite quickly, because the complexity of mining leading cryptocurrencies, such as bitcoin, also increased rapidly. Therefore, it became quite difficult to do this business somewhere at home. As a consequence, you might have noticed the emergence of the bitcoin mining service.

Therefore, in this article, we will discuss the issue of cryptocurrency mining itself in detail. We will take time to consider the profitability of this business. And also we will touch a little bit on the topic everyone is interested in, namely which type of mining is better. And, of course, we will find out if it is legal and how to start.

What Is Crypto Mining?

Let's focus first on the most important question on this topic. Many people, especially those who are new to crypto, are very confused about this question and sometimes misunderstand it. Most people think that mining is just the process of creating new coins. This is partly true, but mining also includes verifying cryptocurrency transactions on the blockchain network and entering them into a distributed ledger. And its main feature is that it prevents double-spending on digital currency in the distributed network.

The concept of mining is the extraction of digital currency with the help of special equipment. In the language of blockchain engineers, mining is the attachment of blocks in which information about transactions is stored. As a result, they form a continuous and consistent chain - the blockchain. To join a block, it is necessary to solve a certain mathematical problem by deciphering the algorithm of the cryptocurrency. This is what miners do, or rather their special devices. If the equipment finds the correct answer, its owner receives a reward in the form of digital coins. In this case, the more miners are aimed at solving the problem, the more complicated the search for the right answer is, and the cost drops.

How to Start Mining Cryptocurrencies

To mine, you will need the hardware and software itself. However, while the software is relatively simple, the hardware has changed dramatically over time. Whereas in the early days you could mine bitcoins on your home computer's CPU, things have changed. As we've said before, it's because of the increasing complexity.

Now for mining, you will need either a graphics processor. And then you will need more than one graphics card if you want to mine bitcoin, for example. Or you require special equipment, which was designed specifically for mining and is called ASIC. In addition, you need a stable Internet and uninterrupted electricity.

At the moment there are three ways to mine, let's see which ones.

This method of mining cryptocurrency is one of the easiest and will suit anyone. You don't need to buy any equipment, you don't need any room and you don't need to set up any software. All you need is just to rent a certain amount of hashrate on a remote server.

After that, all the work of mining digital coins is taken over by professional miners. A person just needs to top up their balance in their personal account of the cloud service and withdraw the funds received to their wallet. Usually, such a service is offered by mining hosting services, which is also very convenient. After all, if you start to cooperate with a company, the chance that you will be cheated is greatly reduced.

Here everything is the old-fashioned way, in another word it is also called mining at home. You buy the equipment, install the software, and you do it all by yourself. However, every year it becomes more and more difficult to mine alone, at the moment very few people use this way.

This way of mining allows you to combine the power of multiple equipment and find solutions to problems faster. The pool is based on a server that sends out tasks with simpler conditions to team members.

However, whether mining cryptocurrency alone or mining pools, these methods are gradually becoming obsolete, especially the first one. All this happens because more and more popular are the same hosting services that do everything for you.

Let's spend a little time on the question of the legality of mining in different countries. The bottom line is that each country has its jurisdiction and that is the main difficulty. It is in many countries that the legality of mining is still quite unclear. But don't be scared, that doesn't mean you will never find out if it is legal or not. It just takes a little longer than in the U.S. or Canada, for example, where it is treated positively.

So there's one conclusion to be drawn on this issue. Before you start this business, it is worth finding out if cryptocurrency mining is allowed in your country. You don't want to be in trouble with the law, do you?

Now that we've broken down the basics of cryptocurrency mining, you have the answers to most questions. However, it is worth keeping in mind that we can't cover absolutely all of the topics in this field. We can say with certainty that cryptocurrency mining is an area of opportunity in which anyone can succeed. But you should always be aware of the fact that just like in any other activity, you may encounter failures along the way.

War for the Planet of the Apes