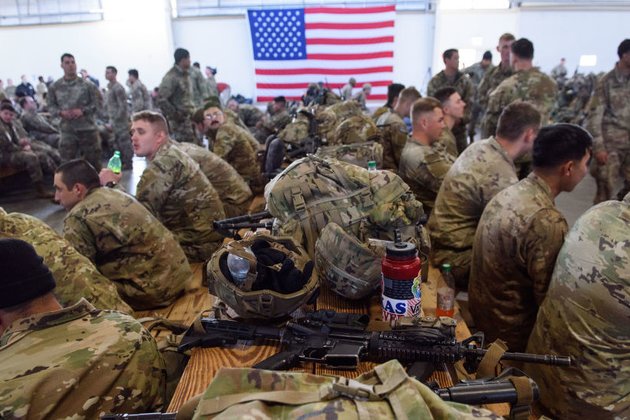 Two Americans, including the US Army's first openly transgender officer, were arrested after offering medical information of military personnel to a Russian embassy employee - in reality, an undercover FBI agent - according to a federal indictment made public on Thursday.

Gabrielian, 36, is listed as teaching anesthesiology and critical care medicine at Johns Hopkins medical school in Baltimore. Henry is a doctor at Fort Bragg in North Carolina, with a secret security clearance. According to the indictment, they "communicated and met several times" with an undercover FBI agent, who they believed was an employee of the Russian embassy, offering to provide sensitive medical information on members of the US military and their families.

Henry made headlines in June 2015 as the first known US Army officer to come out as transgender. Though the Baltimore Banner and other outlets referred to Henry as 'she', the indictment itself called Henry 'he' and Gabrielian's 'husband'.

The FBI claims to have intercepted a message from Gabrielian offering her assistance to the Russian embassy. During her first meeting with the undercover agent in a Baltimore hotel on August 17, Gabrielian said she was "motivated by patriotism toward Russia" and was willing to risk being fired or going to jail.

She also mentioned that Henry had access to not just medical files, but could offer information about US training of the Ukrainian military. Henry, 39, was then brought in for the second meeting.

"My point of view is until the US actually declares war against Russia, I'm able to help as much as I want," Henry allegedly told the agent. "At that point, I'll have some ethical issues I'll have to work through."

During the August 31 meeting at a hotel in Gaithersburg, Gabrielian offered medical information about a spouse of someone who worked at the Office of Naval Intelligence (ONI), highlighting an issue that "Russia could exploit," the indictment says. Henry provided medical information related to five patients at Fort Bragg.

The indictment against the couple was filed on Wednesday. After their initial court appearance, Henry and Gabrielian were released to home detention.