Whatever we have done is within the rules: Harmanpreet Kaur on Charlotte Dean's dismissal 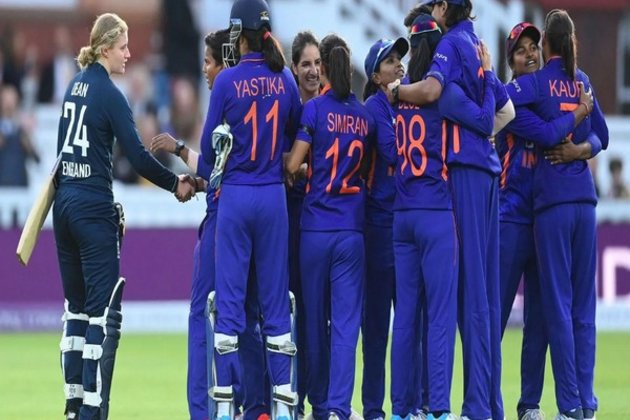 Dhaka [Bangladesh], September 30 (ANI): It's been a week since Indian women's team's all-rounder Deepti Sharma's dismissal of Charlotte Dean on non-strikers' end at The Lord's refuses to die down.

The chatter has not stopped yet on India's Deepti running out England's Charlotte at the non-striker's end in the 44th over of the innings in the third match of the three-match ODI series at Lord's ground.

India skipper Harmanpreet Kaur showed her support to the Indian all-rounder and said that whatever they had done was under the rules and it was not planned.

"We were noticing for the last couple of games that she was taking long strides [outside the crease] and taking undue advantage. We were discussing all these things, but it was not in our plans to get her out like that," Harmanpreet said in a virtual pre-match press conference ahead of the Women's T20 Asia Cup.

"Everyone was out there to win the game. Whenever you are on the ground, you want to win at any cost, and the most important part is that you have to play within the rules of the game. And whatever we have done is within the rules. Bahot discussion ho gaya (We've discussed this enough) and now, we want to focus on the future," the India skipper said.

However, Injured England skipper Heather Knight hit back at the India all-rounder Deepti Sharma and accused her of "lying" and said that there were no warnings given to Charlotte Dean.

Knight took to Twitter and said, "The game is over, Charlie was dismissed legitimately. India were deserved winners of the match and the series. But no warnings were given. They don't need to be given, so it hasn't made the dismissal any less legitimate.""But if they're comfortable with the decision to affect the runout, India shouldn't feel the need to justify it by lying about warnings," Knight further added in her tweet on Monday.

Earlier in the day, Deepti Sharma said that it was a plan, but one that was developed only after numerous warnings to Dean, who stopped in the middle of her bowling motion and pulled off the bails at the non-striker's end to complete a 3-0 sweep of England.

"It was a plan because we had warned her [for leaving the crease early] multiple times. We did things as per the rules and guidelines. We told the umpires as well, but she was there [outside the crease]. We couldn't do much," Deepti told reporters on her return to Kolkata this week.

Earlier Harmanpreet was questioned about the non-striker's end runout by Deepti at the post-match presentation, she said, "Today, whatever we have done, I don't think it was any crime. It is part of the game and is an ICC rule, and I think we just need to back our players. I'm actually very happy she [Deepti] was aware of that, and the batter is taking too long a stride. I don't think she has done something wrong."India will begin its Women's Asia Cup campaign against Sri Lanka in Sylhet on Saturday. (ANI)