Union meets Charlotte FC with East title in the balance 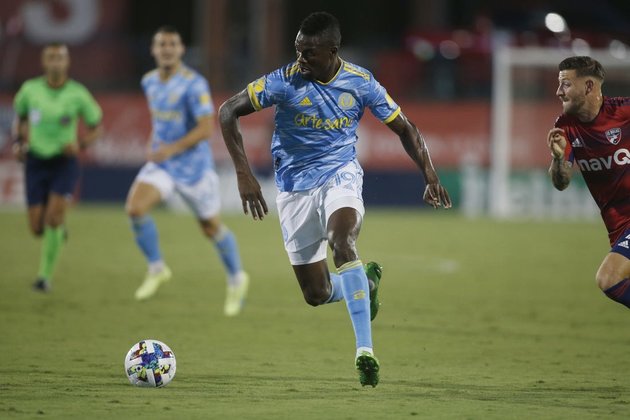 Yet another achievement for the Philadelphia Union can be reached this weekend.

The Union aim to wrap up the Eastern Conference title, something that can be accomplished by winning their road finale against Charlotte FC on Saturday at Charlotte, N.C.

"We have everyone on the same page as wemake a final push down in Charlotte," Union coach Jim Curtin said. "We know how hard it is to win games on the road in this league. But we also know what's at stake for us."

The Union (18-4-10, 64 points) hold first place in the Eastern Conference, five points ahead of CF Montreal.

Charlotte FC (12-17-2, 38 points) enter having won two games in a row by topping New York City FC and the Chicago Fire. They also are tied for the second-most home wins in the Eastern Conference with NYCFC and Inter Miami CF at nine, behind only Philadelphia's 11.

The impact from Hurricane Ian could be lingering in the Charlotte area, but most forecasts have the bulk of the storm passing through earlier in the day.

While the Union have plenty at stake, Saturday is a chance for Charlotte FC to showcase improvement.

Both teams are moving toward full strength, but Philadelphia's Alejandro Bedoya (hip) still could be out. Cory Burke has been rested after a minor injury and is expected to play.

A boost for Philadelphia also could come from returning international players Daniel Gazdag and Andre Blake.

Forward Karol Swiderski has a team-leading 10 goals to go with five assists for Charlotte FC, but he has been with the Polish national team for the past week-plus. Swiderski is expected to be back for Saturday's game. He had his third two-goal effort of the season in his most-recent MLS contest.

The Union defeated Charlotte FC 2-0 on April 2 at home. Since then, Charlotte FC have dealt with the ebbs and flows of their inaugural season.

"To have the big belief when things are going well, I'm not going to say it's easy, but it's easier because you get the confidence," Lattanzio said.

It's a good time for another test against the Union.

"Philadelphia also has a very strong identity that they developed in the last few years, and they show how good they've done," Lattanzio said. "They are probably the standout team in this particular season, so we have to respect them."