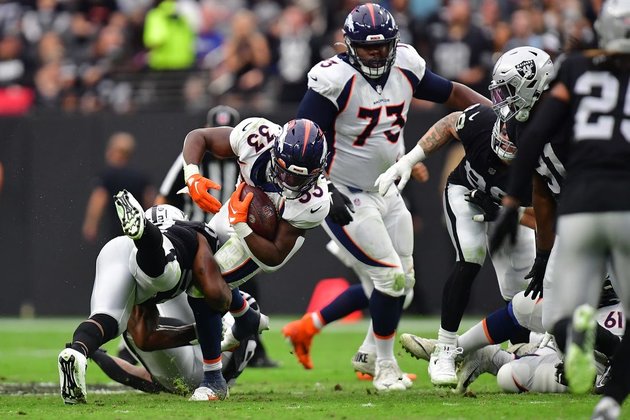 Denver Broncos running back Javonte Williams sustained a possible serious right knee injury during Sunday's loss to the Las Vegas Raiders and will undergo an MRI exam on Monday.

Williams initially was helped off the field after the first play of the third quarter but soon was carted from the Denver sideline to the locker room.

Williams is Denver's leading rusher with 204 yards on 47 carries. He had 28 on 10 carries Sunday before exiting. He also ranks second on the Broncos with 16 receptions.

Williams was a second-round pick (35th overall) out of North Carolina in 2021.

Gordon has fumbled four times this season, losing two. He has 139 yards and one touchdown on 37 carries.

The Broncos (2-2) host the Indianapolis Colts on Thursday night.