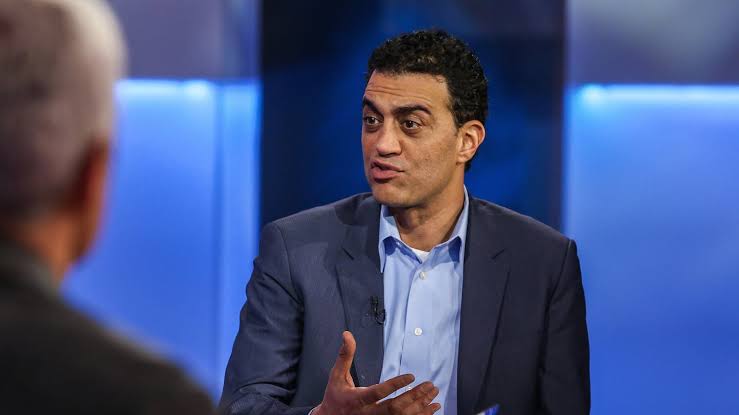 With a career of multimillion- and multibillion-dollar deals in his rearview, Emil Michael's reputation precedes him: As '20VC' podcast host Harry Stebbings puts it, Michael, is the 'OG of negotiations in dealmaking today.' During the Oct. 24 sitdown, Michael got candid as he mused about his best and biggest deals and what he calls the hardest deal he'd ever done, and what he learned from it.

You know those god-awful, annoying phone trees? The endless menus you have to select from to get to a live human? Well, you can thank Michael for that. 'When you're yelling and it doesn't understand you, yeah, it's me,' joked Michael during the episode.

In 2007, Michael was a driving force behind Tellme Networks, the birthplace of those phone menus, and its eventual acquisition by Microsoft Networks in a whopping $800 million deal - a $500 million increase from an initial valuation with a competitor of Microsoft. How did Michael finesse that bigger deal? He took a page from his late mentor, CEO coach Bill Campbell: Never accept the first offer.

'So we had gotten this acquisition for, call it $300 million. It would have been a fine outcome, but you know what? This is my last shot, and one of the things Bill told me is, 'When you're selling the company, all bets are off. This is your last chance to create value for shareholders, employees and so on.'' Michael says he begged Tellme and Microsoft alum Hadi Partovi for a one-hour meeting with Partovi's jogging partner, former Microsoft CEO Steve Ballmer. When the meeting was set, Michael jetted to Seattle with a partner.

'I rolled into the meeting with a BlackBerry,' he recalls. 'Steve Ballmer purposely pours his water on my BlackBerry, because it wasn't a Windows OS phone; kind of as a joke, but my phone was ruined. We do this negotiation. He likes us and he says, 'You know what? You guys stay the weekend, and we're going to do this deal over the weekend.' By the end of the weekend, three days later, I had a term sheet for $760 million dollars plus the cash in the balance sheets, so just about $800 million dollars, and that was it.'

Michael says his sincerity and straightforward nature clinched the deal. '[Ballmer] asked us, 'Are you guys going to stay around?' And without blinking we said, 'Hell, yes. Because we believe in this vision, so we're going to stay around wherever as long as it takes to make this work.' There's other mechanics in between getting the number to that number, but that was the sentiment that got us there.'

There was a clandestine meeting with executives in a darkened hotel room. No, this isn't a setup for a film noir scene. This was the setting for what Michael calls his toughest deal ever: Uber's 2016 sale of its China division to Chinese ride-sharing giant Didi Chuxing. Michael recalls that there was a lot of 'suspicion' from Didi's CEO, Goldman Sachs alum Jean Liu, toward him and his team. 'We were death competitors,' says Michael.

'She'd come to San Francisco, and she'd invited me to the hotel room with her colleague and one of my colleagues. She didn't trust any of my colleagues to come, so I had to go there alone with five Chinese business people, the shades drawn, I put my phone in the bathroom so they didn't think I was recording them, and then try to charm them into buying my company for $7 billion.' Making matters tougher, Michael's then-boss, former Uber CEO Travis Kalanick, opposed the deal. 'And it took me four days of going to that dark hotel room, until [Liu] allowed me to bring one of my colleagues to at least take notes so that I wasn't overmanned here. It was that kind of rapport that started it, so rapport matters.'

From there, the two would eventually board a 19-hour flight to Macau to finish the paperwork.

The 'Most Money Ever Invested in a Startup'

From one big deal to the next: 2016 was truly a banner year for Michael, because that was also the year he scored a multibillion-dollar investment from the Saudi Arabian government.

When the new Saudi crown prince, Muhammad bin Nayef, took his seat, 'His thesis was, 'We're going to modernize this economy,'' recalls Michael. ''We're going to take fossil fuel revenue. We're going to start investing in tech companies.'' The well-connected Michael had a mutual pal with the prince, a former board member of the Saudi Stock Exchange. When news of the prince's intentions reached Uber, execs, including Michael, set up a meeting with Saudi officials - and the rest is history. 'Sixty days later, $3.5 billion in the bank, lots of meetings in New York and in Riyadh, Travis had to attend one meeting to get that done. So I prided myself by how much money I could raise with the least of Travis' time. And this guy Fraser Robinson, he led that deal. So I credit him with that Saudi deal as much as me, and it was the largest amount ever invested in a startup.'

There is, of course, far more than luck and connections when it comes to Michael's prowess with landing his history-making deals.

As Michael told podcast host Stebbings, 'No. 1 thing in negotiations is to outwork whoever you're negotiating with,' tips Michael. 'That means, when I know I'm negotiating with you, I try to know everything about you, Harry, before I get to that meeting, everything about your company, your industry, if you're having a rough quarter, your org chart, what your financial outcomes are looking to be like. How do you get promoted? How do you get fired? And everything around that, because it brings the human dynamic and the real-world dynamic into a negotiation.'

Adds Michael, 'Information is power, and people don't realize that enough, that the more you learn the better you're going to be at these things, even about your own company.'

WASHINGTON D.C.: The U.S. is banning the importation of all communications equipment made by Chinese companies Huawei and ZTE, citing ...

WARREN, Ohio: Next month, workers at a General Motors-LG Energy battery cell manufacturing plant in Ohio will decide whether to ...

ACCRA, Ghana: Ghana's Vice-President, Mahamudu Bawumia, said on Facebook this week that due to dwindling foreign currency reserves, the country's ...